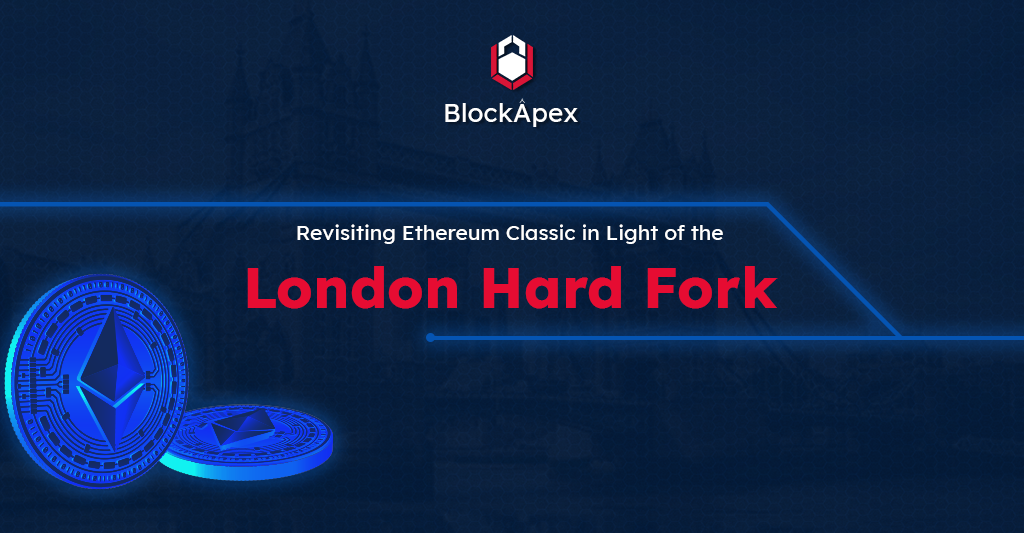 In June 2016, a malicious hacker was able to hack into the DAO protocol on Ethereum’s blockchain and steal over $50 million worth of funds. In an attempt to rectify this massive loss, the Ethereum community initiated a hard fork that would return the hack funds and restore users’ lost ETH. As a result, the Ethereum blockchain was divided into two, with those choosing to not upgrade being a part of a parallel network known as “Ethereum Classic” while those who did continued as “Ethereum”.

Five years later, we are witnessing history repeat itself as the Ethereum community churns out another hard fork- this time, on purpose. The London Hard Fork as it is termed contains five Ethereum Improvement Proposals (EIP) that will have a big impact on the role of miners in the network as well as some exciting improvements related to gas fees and transaction rates.

Both hard forks are milestones in the Ethereum world, guaranteed to have lasting impacts on the blockchain as we know it. Before we get started on comparing the two, let us unpack some blockchain basics.

What is a Hard Fork?

Ethereum is a platform built on blockchain technology. It relies on a vast network of individual users all working together to verify new additions to the blockchain. The rules followed by users determine the validity of blocks and transactions on the network. Once a block is added to the blockchain, it is immutable and can never be altered.

But what happens when these rules are changed? Each block will need to upgrade to the new set of rules introduced to keep the blockchain system functioning. With such a huge network, convincing each node to agree to this is an incredibly difficult task, and in most cases attempting to do so results in a hard fork.

A hard fork refers to a radical change in the protocol of a blockchain network resulting in the blockchain being split into two. In the same way as a path on the road splits into two forks, a hard fork may result in a permanent divergence in the blockchain, with nodes following one of the two versions. Both may now function independently, adding to their chain using the rules they see fit.

Revisiting the Birth of Ethereum Classic

By 2016, the Ethereum network was steadily growing, hosting dapps of all kinds on the blockchain. Adding to the excitement surrounding this new technology was an application known as the Decentralized Autonomous Organization, or DAO. The DAO aimed to fund startups and emerging projects on the network, while also functioning as a tool for taking all the important decisions regarding Ethereum’s future. To participate in the DAO, members had to simply invest their ETH to obtain DAO tokens that would benefit them later when the projects they were funding became successful.

All this had the community very excited, and the funds collected by DAO grew to over $150 million in just one month. Shortly afterwards, however, a serious bug was discovered in the Ethereum smart contracts which enabled users to bypass rules set by the DAO using an endless recursive call. By exploiting this vulnerability, an attacker was able to drain $50 million from the DAO funds (which had been invested by the community) into his own personal account.

Ethereum developers now needed to figure out a way to return these stolen investments made by members of the community back to them. After lots of chaos and confusion, the controversial decision to hard fork was made. This hard fork would roll back the network to its state before the DAO hack, reverting all transactions so funds may be returned to owners.

The decision sparked a heated debate on the Ethereum network, with many believing the decision went against the core attribute of immutability that blockchain technology was supposed to have. Those who refused to upgrade became a part of Ethereum Classic, while those who did formed Ethereum. The two platforms now function independently, recording their own transactions and updates to their networks. The key differences between them lie in the consensus algorithms used, with Ethereum Classic sticking to POW (proof-of-work) while Ethereum moves toward POS (proof-of-stake). Ethereum Classic also established its ETC cryptocurrency to have a max hard cap at 210 million, while ETH crypto remains unlimited.

What to Expect From London Hard Fork

The London hard fork plans to introduce 5 major changes to the Ethereum network, with each decision outlined as an EIP, or Ethereum Improvement Proposal. These EIPs will act as a gateway towards Ethereum 2.0, which will eventually shift the Ethereum network towards proof-of-stake.

Some of the proposals introduced by the London Hard Fork were met with approval while others brewed controversy among the users part of the Ethereum community. Let us discuss each of the changes along with their intended impact and current reaction.

Traditionally, the way to add a transaction to a block is by following an auction-style system, in which a transaction has more chance of being added to a block quickly if the transaction fee is higher. This has been proved to be highly inefficient, often leading to fee overpayment.

The EIP-1559 combats this problem by introducing an algorithm which automatically calculates the base fee for a block depending on network demand. Instead of going to miners, this base fee is then “burned” and removed from circulation entirely. The size of a block can also be increased depending on network congestion, allowing more transactions to take place at one time as well.

These changes aim to improve or eliminate previous inefficient tactics that were a part of the Ethereum network. By burning base fees in every transaction, the supply of Ethereum will dwindle leading to an increase in demand and subsequent expected rise in price. However, it will also mean miners will receive less rewards in the short term as the fee that previously went to them is now being burned- forcing them to rely more on block rewards and transaction tips.

You can read a more in-depth analysis of EIP-1559 here.

This proposal builds on the base fee feature introduced in EIP 1559. EIP-3198 will return the value of the base fee of the current block, enabling smart contracts to obtain this value instantly. Developers can also use this feature to obtain the base fee for use in their decentralized apps.

Previously, users were able to refund their gas after deleting or reducing smart contracts and addresses on Ethereum. However, this became a loophole to exploit for some users who would join the network when prices were low and then wait until they were high again to delete their smart contracts, obtaining an overall profit. EIP-3529 will lower the refunds to make exploits like these no longer viable.

EIP-3541 is meant to be a setup for future changes to the network by implementing a rule to reject new contracts which start with the 0xEF byte. Although this won’t have any immediate impact on the network, it may be a crucial step for the future.

In order to control the progress of this time bomb, the authors of this proposal introduced a difficulty bomb delay in the shape of EIP-3554. The date for the time bomb is pushed to Dec 1st in this upgrade.

What Does This Mean for Ethereum’s Future?

As of August 8th, 2021, the price of ETH has gone up to $3,048.50, an increase of almost 12 percent from what it was before the London hard fork took place. An astonishing number of ETH have also been burned since the upgrade, reaching a value of 13,564.9 ETH burned in just four days.

The successful upgrade of the London Hard Fork is a big difference from the fork that took place back in 2016. It shows the willingness of users in moving towards the proof-of-stake model to improve Ethereum as a platform and ETH as a cryptocurrency in the years to come.

In stark contrast to this, Ethereum Classic is holding on to its roots, comfortable with continuing to use proof-of-work as its underlying scheme.

The forging of Ethereum Classic is not necessarily a sign of failure, however. As the network continues to grow and expand, divergence may be inevitable. Ethereum Classic’s Cooperative Executive Director Bob Summerwill welcomes this change, going on to give his view of Ethereum’s possible future.

The unfavourable effect brought by MEVs continues to gain recognition globally, with many believing MEVs capable of providing serious risk to Ethereum’s future. Amidst this crisis, research organization Flashbots has emerged with a solution.

In a world where personal data has become more or less a commodity, the potential advantages provided by zero-knowledge proofs are monumental. By combining them with blockchain technology, a powerful mix of immutability and security can be achieved.

It is crucial to come up with innovative solutions against cyberattacks, especially when your workforce is remotely working. Since we know that remote work comes with a bunch of security risks, it is essential to cater to them.